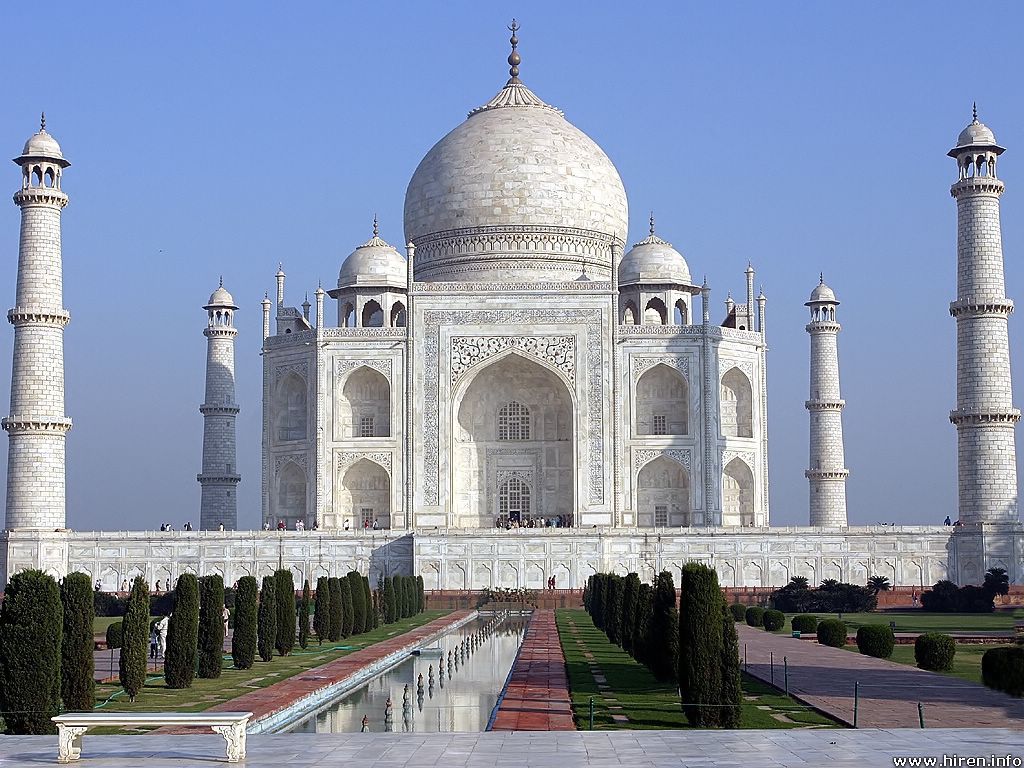 The beautiful Taj Mahal Garden stretches from the gateway to the plinth on which stands the famous tomb. This is a Persian style garden based on symmetry and geometrical measurements. It is said that the Taj Mahal Garden is very closely linked to Paradise, since according to Quran Paradise is a beautiful garden.

Through the center of the Garden runs the two marble canals with fountains. These canals are lined with Cypress trees that symbolize death. Since ‘four’ is considered to be a holy number in Islam so the Taj Mahal Garden is divided into four sections. These four sections evokes the sense of Islamic Paradise, where rivers of water, milk, wine and honey flows. The stone paved pathway divides the flower bed into 16 parts.

At the center of the Taj Mahal Garden there is a raised marble lotus shaped tank. The water in this tank provides a clear view of the Taj Mahal from all the corners of the garden. It is amazing to view the reflection The Taj amidst the lush green garden. It is said that the water in these canals was drawn manually from the river, using buckets and rope. The water from the overflowing canals are used for the purpose of irrigation. The north-south canals has their water inlets through fountains and the east-west canals has their water inlet through an inter connection with north-south canals.

The Taj Mahal Garden increases the elegance of the beautiful Taj with its majestic greenery. The very presence of this colorful garden weaves magic to the heavenly structure of the exquisite Taj Mahal. 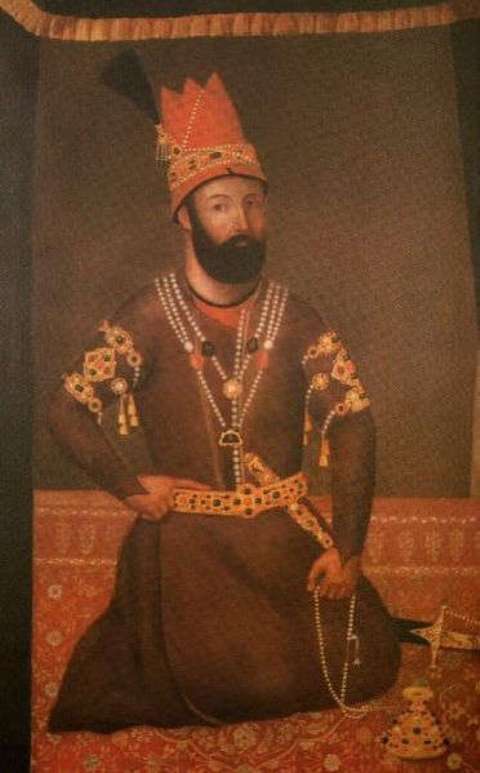 It is a big museum consisting of two floors and has three galleries along with a main hall. The Taj Mahal Museum, as the name suggests, showcases all those things related to the creation of Taj Mahal. There are a total number of one hundred and twenty one antiques displayed in the museum. These things can be largely classified into Mughal manuscripts, Mughal miniature paintings, inscription samples, Royal decrees, drawings and plans of Taj Mahal. Some other items which are also exhibited in the museum are arms, utensils, specimen of decorative pieces, marble pillars, etc.

The main hall contains the most significant items. These are the paintings of Shah Jahan and Mumtaz Mahal, his most preferred wife. These are seen on an ornate wooden frame. Imitation of coins, which were minted in Akbarabad, now Agra, is also on display.

These things of immense antique value are displayed in a well-planned manner. The antiquities are displayed in the spacious museum in such a way that it is easy for the visitors to relate and understand.

Everyday, millions of people come to visit Taj Mahal-one of the Seven Wonders of the World. It is but natural that the museum which displays antiques related to Taj Mahal will also be flooded by visitors. The Taj Mahal Museum remains open from ten in the morning to five in the evening. A nominal amount of entrance fee, five rupees per head is charged. Children up to fifteen years of age are exempted.

Like the Taj Mahal, the museum which stands within it, is also a wonder and an interesting place to be visited by all people on earth.