When people are traveling over the globe often they wonder to themselves who the friendliest of the nationalities is. Now there can be no doubt that this is a subjective comment, but travelers reports and experiences seem to come back the same often that you begin to realize there must be something to what they are saying if it is the same thing again and again. Constantly Northern Europeans are being called out as the friendliest citizens in the world. Let’s take a look at some of the friendliest nations in the world.

Perhaps it comes as a result of their socialist values and mixed economy, but Danes really are givers. If they have two beers they will give a stranger one of them. No stranger to hosting people on couch surfing Danes are extremely willing to invite travelers and strangers they don’t know very well into their homes and into their lives. The truth is that Danish people have an intuitive trusting side that makes them really friendly. Also they are well educated and very knowledgeable about world events and politics and generally have at least fleeing knowledge of people from other parts of the world which helps them connect to them. 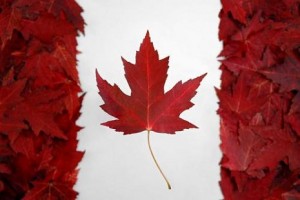 The canucks have always been known for being excruciatingly nice people. Not quick to temper and no particularly competitive, well when compared to their neighbors to the south, the Canadians are generally a really affable bunch that are easy to get along with. Canadian culture tends to side towards being a little bit reserved, like the country of their origin Great Britain. Canadians do not like confrontation that much so they will avoid it if possible, which in the greater scheme of things makes them rather friendly.

The Dutch are like the strange cousins of the Danes. Not quite as warm are embracing to strangers the Dutch make up for it with their uncanny ability to accept pretty much anyone as they are. Dutch people, unlike Canadians, aren’t afraid to express themselves and be themselves and they give everyone else around them that same flexibility. At the end of the day, it takes awhile to get use to but given time you realize in a lot of ways its the truest kind of friendliness. Try your hardest to offend a Dutch person, it is a really hard task, and one that shows just how tolerant they are.